Recently, I have been hearing the phrase, “she is such a Karen,” and seriously had no idea what that meant until about one minute ago when I panicked that I might be her. My daughter read to me the Wikipedia definition:

Karen is a pejorative term used in the United States and other English-speaking countries for a woman perceived as entitled or demanding beyond the scope of what is appropriate or necessary. A common stereotype is that of a white woman who uses her privilege to demand her own way at the expense of others.

Once my panic subsided, I analyzed my personal motives and agenda. I can safely say that I am most definitely not a “Karen.” Also, I have several friends who are actually named Karen who don’t even remotely fit this description, so the whole thing seems a bit off to me. After all, I am not a Karen, I am a Carrie!

My grandfather, Morris Green, aka Pop-Pop, however, is a different story. He had a reputation. A big one. And it was never for being subtle. He showed his kind and loving side to us, but the stories that linger the loudest are the ones about his fierce sense of entitlement and strong ability to express it! He passed away when I was 13, but the legacy of him has never faded.

There are Morris stories that legends are made of. He convinced an ice cream truck to pull over on the highway so he could buy my sister an ice cream cone. He asked a long haired, “hippie,” “What’s wrong, don’t you have enough money for a haircut?” He had a “creepy man” kicked off a cruise ship for inappropriately following my aunt around. The most legendary of all stories, however, is the time he made an airplane turn around to come back and pick him up, when he was the one who arrived late to the airport! No one seems to know if it is really true, but the fact that this story is even floating out there gives you an idea of what he was like. Number one customer service nightmare. Some would call him the original “Karen.” In my house, being “Morris Green’s Granddaughter” carries with it a big responsibility.

The Customer is Always Right

Finally, to the point of this thread: How does one self-advocate as a customer without being entitled, demanding, or rude? I am known by my children and husband for my skills at being a polite, but firm, customer. A more “PC” Morris, if you will. They are sometimes embarrassed by my actions, but when we end up with a free hotel room, a first-class seat on a plane, a free meal, or a refund on an oil change, we all feel a great sense of satisfaction. We recently received a new patio couch because a zipper broke on a cushion cover, and their policy was to replace the entire couch! (It is true, we now have two of the same couches because they didn’t take away the old one.) I don’t request these things without justification. I only get my “Morris Green” on when I feel it is truly warranted.

I was trained early on, as a waitress, to believe that “the customer is always right.” As a customer, I never want to take advantage of that philosophy, but I do insist, when I feel it is appropriate, that I be treated respectfully. Is that wrong? Morris may have gone about it in a more aggressive manner, and maybe when it wasn’t really fair, but I think there is a way to be a “valued customer” and actually feel “valued.”

We had an experience last year, BC (Before Corona), of dealing with a certain computer company whose name may or may not resemble that of a fruit. We have, as most of you have, spent thousands of dollars over the years on their products. We have been loyal customers, and for the most part, have been very happy with both the products and the customer service when purchasing and learning to use the devices. However, when something goes wrong…different story. They may be Johnny-On-The-Spot when you arrive to buy something, but have you tried to get an appointment at the Genius Bar for repairs?

My daughter’s computer, only two-years-old, crashed. No fault of hers, it was completely a hard drive failure. The screen went black and a circle with a slash through it showed up. The death circle.

Step #1 It was a Tuesday and the soonest available repair appointment was the following Tuesday. Seven Days. You may ask, as I did, why don’t they have more genius technicians? “They called in sick.” I was told. Really? All of them? For a whole week? Given that my daughter needed her computer quickly because she was about to travel abroad, waiting a week for an appointment was not going to work.

Step #2 I went to the store the following morning and was told the wait time would be 9 hours, with no guarantee to be seen. I politely spoke with the manager. “You go Mom,” my family cheered me on. I got a guaranteed appointment within a few hours.

Step #3 During that appointment, we were told the computer would be ready for pick-up in 24 – 48 hours. I felt the Morris Green in me calming down. “Good job Mom!”

Don’t get excited. They called the next day to say that it couldn’t be repaired in the store and had to be sent out for servicing. It wouldn’t be ready for another 5-7 business days. “Go full-on Morris Green, Mom!” my family insisted.

Step #4 I sternly, but politely, spoke with another manager. Now, the computer would be ready for pick up in 3-5 business days.

By this point, I was feeling extremely frustrated and as if this fruit company was ruling the world and owned us all. We rely on them far too much, don’t you think?

Morris and I tried to contain our emotions so we could speak articulately and without blame.

Step #5 I spoke with said manager again. He was a challenge. I actually had to remind him that I was the customer. “At what point,” I inquired, “will you give my daughter a new computer? If the damage is so significant that you have to send it out to rebuild it, doesn’t that mean you should replace it?” “No,” he said, “We are not at that point yet. There have to be 3 major issues within one year for that to happen. It’s not a lemon, because there have been no problems until this point. This issue isn’t considered ‘major’.” he said.

Hmm, now it’s Thursday. “How can you help my daughter if she needs her computer before she gets on an airplane in a few days?” “Oh! in that case, we can have the parts delivered to the store and complete the repairs here. The computer will be ready by Tuesday.”

“Yay Mom!” they roared! Thanks team, but, why the f*@# didn’t they just offer that in the first place?

Step #6 They called on Monday morning to say her computer was ready for pick up. A day early! Off we go to the store again. They literally replaced everything except the screen because, as it turns out, there was a factory defect with this particular model. While my daughter didn’t have to pay for it, the repair bill was $1278. Pretty close to the price of a new computer, no? And does her warranty start over? No, it does not.

The good news is that my daughter had her computer back before she left on her trip. A success. However, it took multiple conversations in person, and on the phone, to make it happen. Not to mention the aggravation. There were some insincere apologies for the inconvenience, but no acknowledgement that they could have made it easier by simply offering better solutions in the first place.

Why did I have to invoke Morris and push so hard? I don’t enjoy being like a Karen. Where was the creative problem solving to get this young woman her computer back as quickly as possible? None of the employees we encountered seemed to have that attitude.

As my daughter watched on, I coached her to advocate for herself. She made some of the calls and handled herself beautifully. When it came to the firm asks, however, she didn’t feel ready and turned it over to me. She is a Morris in the making. If I am Morris 2.0, she is the 3.0 version. I have taught her that clear, calm, and polite communication is key. Aligning with the employee and not putting them on the defensive works best, if you can do it. Had I been more passive, we wouldn’t even have had the computer looked at for a week, and now it was fixed before then. So, it was worth the hassle, if you look at it that way.

Since that incident, both my daughters have told me, more than once, that I would be proud of them for being self-respecting customers. I guess I am grateful to have some of the passion of Morris in my blood, and the common sense to know how to express it more appropriately.

So, I say, friends, reject the pejorative title of “Karen” and stick to your own strong name, even if it is “Morris Green’s Granddaughter.” 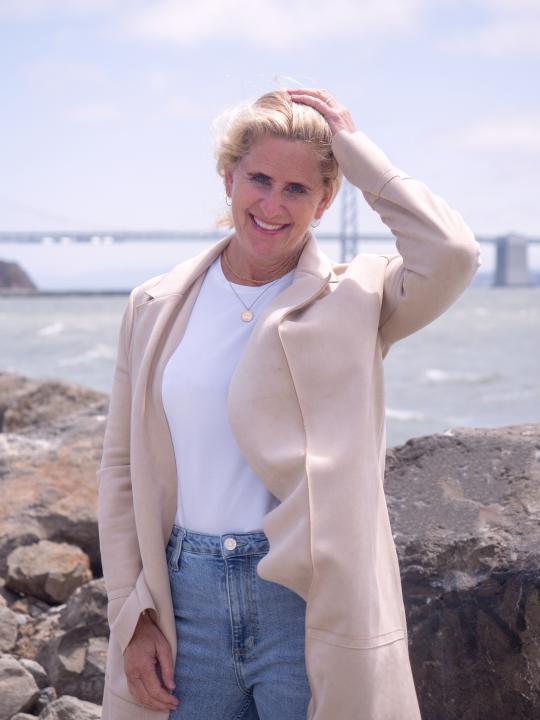 I’m a native New Englander, turned New Yorker, turned California girl! Following a dance career, working as a dance therapist, and being a school psychologist, I’m now ready to share my passion for photography and travel with you! I absolutely love seeing the world with my family and friends. I know you feel the same! Let’s go! 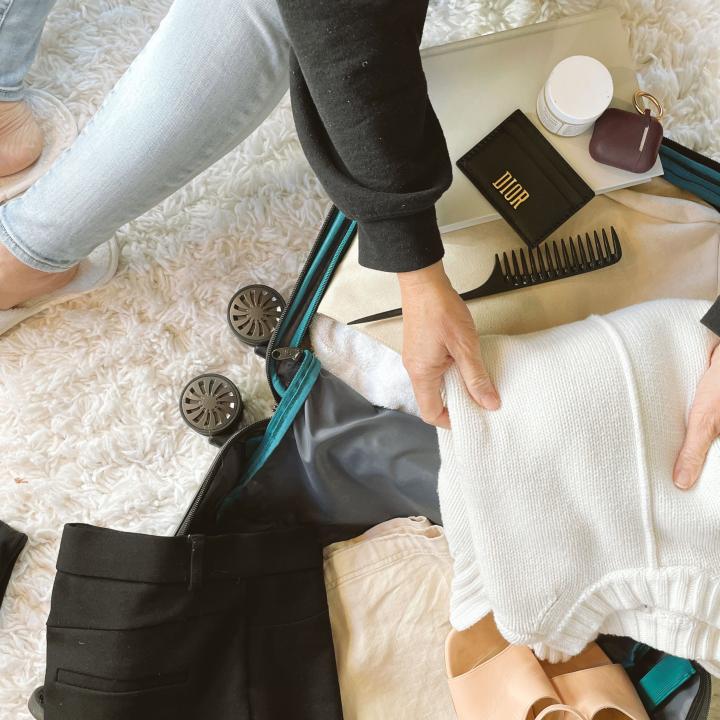